In March of 2020, the novel coronavirus swept across Northern America and greatly affected the review process for Facebook and Instagram effects. Prior to this, it is to our knowledge that the revision process for effects was completely manual. This meant that a real person was likely looking over every submission and deciding if it was appropriate for the platforms.

Due to the virus, Facebook had to send many of its staff home—including the Spark AR reviewers. This caused Facebook to pivot from a manual review process to an AI-based review process much rapidly than they had anticipated. Facebook alluded to this by saying that "[they] are actively exploring ways to offset this disruption and let creators get back to publishing as soon as possible" and that "[they] can't yet provide exact timing on when this will happen…"

At the beginning of April 2020, following several weeks of extended review wait times and frustrating creators, Facebook announced that they were evolving their processes and automated systems to meet the demand for the Instagram effect approval. They also admitted that the process they had developed was not at all perfect, and that it was likely that Instagram effects that were not suitable for the platform would slip through. At this time, they also removed the ability to resubmit a declined effect into a second review due to issues with their capacity.

Now, it seems that the AI review process now takes precedence for most effects. We believe that most effects are reviewed by AI and only those with complex elements—such as audio, 3D models, coding—are reviewed by real humans. It is clear that Facebook wanted to switch quickly to an AI-based review system, but that it wasn't fully functional when it was needed the most at the time

In May 2020, Facebook added 4 new categories for effects: Appearance, World AR, Games and Immersive. As new types of effects and trends like 'which are you' games surface, it is understandable that new Instagram Effect categories should be added to the platform. If you're interested in learning more about the categories effects fall into, check out this simple guide.

In late May 2020, Facebook launched version 89 of Spark AR and with it, a lot of new features for Instagram effects! AR Music is one of the newer features which allows effects to react to the music added to the user's story via IG music. This update also included the integration of the media library which allows users to upload their own images into effects. They also added a new and exciting feature for creators called 'effect stories'. This feature will enable creators to view public stories of people using their effects all across the world!‍

New Metrics and Changes to Impressions

In early June 2020, two new metrics were added to the Spark AR dashboard that made it easier to understand the user-effect interaction. Prior to this update, the only metrics available for filters were impressions, captures and shares. This update added two new metrics: opens and saves. Opens is the number of times that people have opened your effects in the Instagram or Facebook cameras while saves are the number of times people have taken a photo or video while using the effect and saved it to their device. It is also really important to note that opens is basically an impression, except for the fact that they only come from the Instagram camera and not from a shared story or post. This almost certainly means that those opens will come from your followers or people who have saved your effect.‍

In mid-July of 2020, Facebook updated the Spark AR metrics to include Instagram and Facebook posts. This means that analytics are now trackable for the number of times your Instagram Effect has been seen through posts.

So, nearly one year later, creators rejoiced as Facebook announced that deformation is now allowed on the platform. However, Instagram lenses that use deformation will still not be promoted in the effect gallery. ‍

Audience Insights
In late September 2020, Facebook added audience insights to the Spark AR dashboard. This allows effect owners to view the age and gender of the people that used their effects.

In late October 2020, Facebook and Instagram merged their effect publishing! This may come as a surprise to some people because prior to this, creators needed to publish them separately to each platform.

Who's to say what Facebook will release next! We're all hoping for new metrics that show just how many people have saved the effect to their camera reel or possibly new demographics based on locations.

Like this blog post? Check out our other articles here. Fan of fun filters? View our past client work. 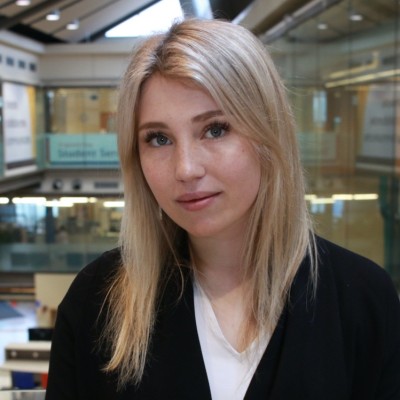